All the Flowers of my Childhood

In a dream I saw them
as clear as light
All the flowers of my childhood
The greens and golds
I walked past at midnight
Wispy dandelion seeds swept along cedar
by youthful breath
Clover necklaces
with knots in their stems
Distinct as the flowers of my adulthood
White and exotic and some
bearing fruit
Others only peeking long after
sun gone to slumber
Reds and yellows and umber
Some I cannot name
yet some the same
As those in the garden of
spirit’s infancy.

A Kind of Kindling

A much-needed weekend
spontaneous and free

The you and me that always has been
and hopefully always will be.

When we clothe ourselves in the past
we are suffocating our future
like a wool scarf wrapped around the neck
during a long, stifling summer

Know I have done good in this life
and there is much more to do
unravel the woolen suppression
unbound by the virtue of today’s truth.

When the Sea was Calm

But there was nowhere to dock
nowhere to keep moored

But the truth among
the swish and the stars
is that our sea
was never really calm.

I left my heart here

to drown in the sorrowful ache

that a steady rain of  your absence

unable to hold one more drop

The heart is a willful thing

it lets go but doesn’t forget

the sound of the rain pelting

and the sheer joy of the moment it ceases

and the release of some part of that ache

Every time you come back

Listening to my nine-year-old son and his male friends playing video games in the living room you’d think there was a major battle going on—not just with the actual game but with each other.  There’s yelling: “Come on dude, go up the stairs!”  There’s arguing: “Hey you already got to play him.  It’s my turn now!”   There’s name calling: “Come on, dude.  Stop being a drama queen.”  Just when I think I should go in there and try to police the situation they start laughing with each other, dancing to “Gangnam Style” from the iPod.  I continue cleaning the kitchen and breathe a sigh of relief.  Ah, if only female relationships were that easily transitioned.

They won’t be looking much different at 80

Even my husband talks about how forgiving the male + male friendship is.  How many times did his golf buddies rib him for wearing “Walmart clothes” and having “the worst short game since
Gerald Ford”?  How many times was he left out of a foursome because well, a fifth was just too much?  They even make fun of each other’s love handles, pot bellies, and sasquatch feet.  My friend Ken is good friends with at least two guys he had fistfights with over the last decade.  Can you imagine that happening in a female relationship?  Not a chance. 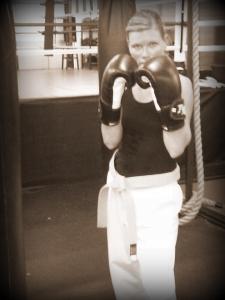 Wish I’d have learned this sooner

I still remember a “friend” in high school calling me fat.  Think I ever went to her house again?  If I were to get into a street fight with a girl I can pretty much guarantee we would not be having a beer afterwards (or Chardonnay in my case) while we laughed about the bruise I gave her on her porcelain face.  Chicks just don’t do that.  Call us a name?  You’ll never be invited to any function we ever host and everyone we are both acquainted with will know what a meanie that girl is.  Say anything about our hair, or waistline, or house, or toenails and we are sure to put you in the “Nasty Girlfriend Hall of Shame” forever.  I do have a couple of girlfriends who I’ve had major “discussions” with or who at one point hung up on me or vice versa and we are even better friends now than we were then.  But I really think that’s the exception.  And then there was no name calling or hair pulling.  To this day when I hit the bag at kickboxing I will sometimes picture the girlfriend I had during childhood who pushed me into a deep, dry creek bed and left me there scared and alone as the dark grey of dusk settled in.

So enter a different relationship:  the female + male platonic friendship.  This can be tricky, but when accomplished correctly ‘tis a refreshing thing.  Now if the male is gay that’s super because there is no anxiety over any attraction there might be.  Oh I have been attracted to many a gay male friend, but since I knew there was no chance in hell that took the pressure off and I could compliment him with abandon.  Plus what sweet arm candy when walking down the street, mall, etc.  But there is that chance he is a queen and then you’ve got more drama than the most theatrical of females.

They’re all platonic now but what happens in a few years?

If your male friend is not gay then you have to be careful.  There is a chance that his girlfriend or wife will become jealous of your friendship and vice versa.  But if everyone is cool with it and there is no underlying arduous longing then it is a blast.  They can teach you how to fish while you tell them what their girlfriend really wants for her birthday.  You can call them just to say hey what the hell did you do this weekend and then cut them off because you forgot about a story you wanted to tell or your kid is screaming for you to wipe his ass.  They will not be judging you or stewing over this for weeks.  They will have probably cut you off first anyway to check a score or receive a call from their mother.

Two for the price of one

I do have two girlfriends who never involve themselves in the sometimes catty, petty situations that other more needy female friends do.  But then I remember that they are really men underneath their size 10 dresses and high heels.  I think they just might be the best buy of all because you get two for the price of one.  And if anyone tries to mess with you while you’re out and about they can take the offender to the parking lot and not worry about breaking a fake nail. 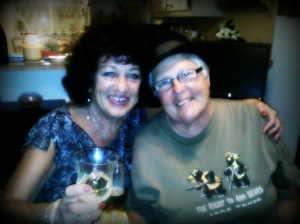 My buddies from a another era

Now there is also another relationship which warrants praise.  And that is the young female + mature female friendship.  Since moving into a villa complex mainly consisting of single older females, I have become acquainted with, and quite close to, a few women who are old enough to be my mother.  They ask me how I’m doing, invite me in for tea, chat with me at the pool, go for leisurely bike rides around the neighborhood, and even cut a rug at various neighborhood parties.  I get to hear their colorful stories of growing up; they give me diplomatic advice and assurance.  They know how tough it is to be a mom.  They make jokes about the old crotchety lady who lives next to the pool and likes to involve herself in other people’s business.  I find in them a friend and mother-figure—a safe haven around the corner when my own mother is out of town.

So when it comes to female relationships of any kind it’s best to proceed with caution and an open mind.  If you find a true confidant and life explorer hold onto them gingerly.  And for God’s sake don’t say anything about their bad haircut.