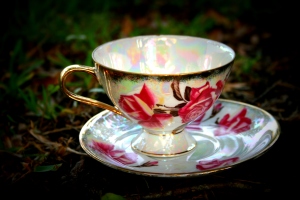 —Written way back in high school. Probably for an English assignment.
I always liked it. Just read it to my son. He didn’t.

One response to “The Golden Teacup”